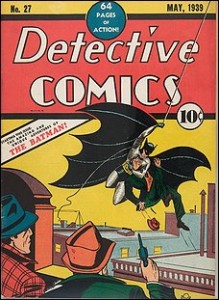 According to Mr Allen (sales director of Heritage) their have been only a maximum of 200 copies of Dectective Comics No.27 in existance. When it was sold back in 1939 the retail price was 10 cents for the comic, the owner who put his copy up for sale purchased his for $100 during the 1960’s. The comic was rated 8/10 in condition so is in a reasonably mint state.

This has to be fantastic news for any Batman fan, as this is a clear indication that Batman is the most popular and sort after superhero/comic book today.