Being in the UK I had to wait a extra week to finally see the new 60s style Batman movie. The movie was shown in “selected” Odeon and Vue cinemas across the UK for the one night only (promoted with the hashtag #HolyOneNightOnly – pictured below) and luckily my local Odeon in Uxbridge had a screening. Needless to stay tickets were pre-booked and I was pumped to see it. If you was unlucky to have missed the screening the movie will be available on BluRay and DVD November 7th. 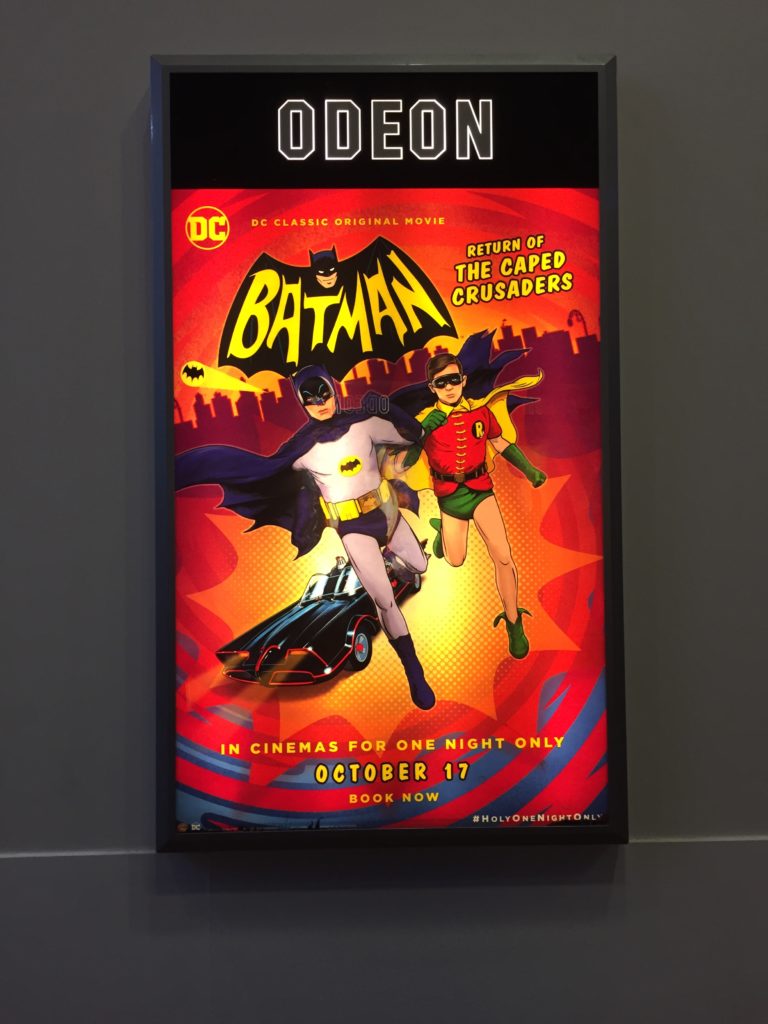 The screening started at 7pm so me and two friends head to our seats expecting to see the usual half hour of combined commercials and cinema trailers. At first this exactly happened a trailer for the Lego Batman movie was shown, which actually looked really fun! Then a surprise, we got a 10 minute segment from the trio at ‘Geeking Out‘ reminiscing about there favourite Batman series or reincarnations throughout the years, whilst bantering over who can do the best Batman impression. It was a fun novel way of introducing the start of the movie.

Next the movie started….. And it was awesome! Nananana! The theme booted up with animations of various classic Batman comic books shown during the opening titles. Seeing the names Adam West, Burt Ward & Julie Newmar in the cinema, in 2016, for a new Batman movie got the kid inside me very excited and put a massive smile on my face. I don’t want to give any any spoilers for you guys out there who have not seen it yet but yeah PRE-ORDER THE DVD BECAUSE IT WAS AMAZING!

The movie well and truly captured the charm of the original 60s series perfectly. One scene is a great example of this; the dynamic duo park up outside the villains lair to dash across the road when Batman holds Robin back explaining jaywalking is illegal; “to the sidewalk!”. The voice acting of Joker, Riddler and Penguin were too on point, sounding almost like the original respective actors of Cesar Romero, Frank Gorshin and Burgess Meredith at times. Them three villains plus Catwoman join forces to cause havoc over Gotham once again. Along the way Batman is poisoned by one of Catwoman’s dastardly potions which turns Batman into a bad guy. It’s up to Robin to get the antidote to free Batman of the spell. I won’t give away how it was done but lets just say as a bonus treat we get to see ALL of the 1960s Batman TV villains in animated form!

The movie has been received positively (going on general online consensus) and a sequel is already on the cards for 2017, with William Shatner as Two-Face!

After the movie there was a selection of out-takes and views/opinions of the various cast members involved. No doubt the bonus extras before and after the movie will be available as some kind of extras in the upcoming home release. To pre-order check out my previous post here – http://www.66batmania.com/2016/10/pre-order-batman-return-of-the-caped-crusaders-on-bluray-or-dvd/ 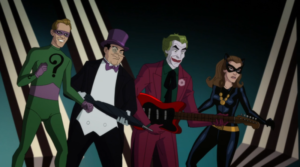