In 1965 the ABC Network was seriously struggling in the battle for good ratings, as rival broadcasting channels CBS and NBC were dominating with shows such as “Bonanza” and “The Dick Van Dyke Show”. ABC got in contact with William Dozier for help with new ideas. Dozier had the idea for Batman and the view that if they “over did” the storyline then it will be fun for children and entertaining for adults too.

“I bought a dozen of the comic books from various vintages, so I read all these things, and I thought they must be outer their minds. It was all so juvenile and so then a very simple idea came to me and that was to over do it. And if you over did it I thought it would be funny for adults and yet would be stimulating for kids, you had to appeal on both levels to have a chance.” – William Dozier

Not only was Dozier the Executive Producer for Batman. Dozier is also the man behind those famous words; “Tune in tomorrow night, same Bat-Time, same Bat-Channel!”. As he was the narrator/voiceover for the show as well.

As we all know now the show went on to become an overnight success, read my History of Batman webpage for more information.

Batman was Dozier’s great success. During the late 1940s and early 1950’s he produced a handfull of television movies such as; “Two of a Kind” and “Pentagon U.S.A”. After which he wrote episodes for the 1953/54 TV series “Rod Brown of the Rocket Rangers” and “The Loner” in 1965, a year before Batman premiered. During the second series of Batman, Dozier used the success to release another superhero series “The Green Hornet” which was to be a more serious series. “The Green Hornet” eventually ran for one season before being cancelled. After Batman and Green Hornet he produced a four-minute pilot for a proposed “Wonder Woman” sitcom series, which never went ahead! Incidentally Stanley Ralph Ross who wrote many episodes of Batman eventually wrote many episodes of “Wonder Woman” in 1975 which starred Lynda Carter and Lyle Waggoner. 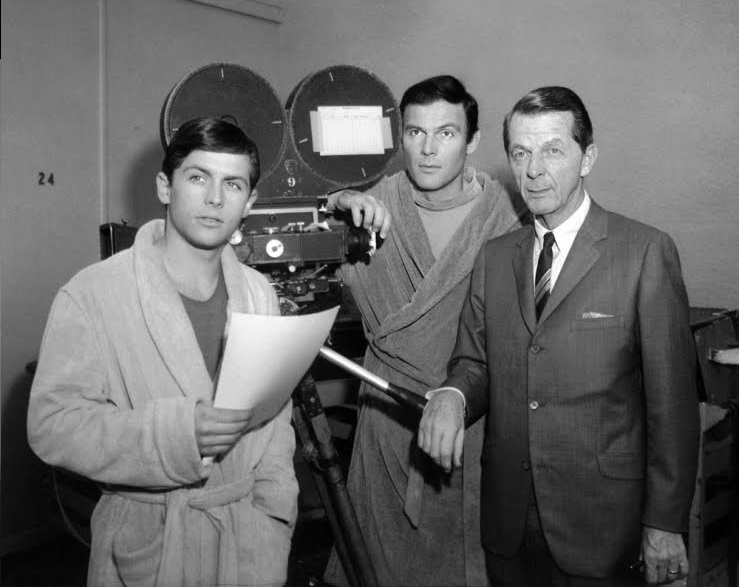 The following is an interview with William Dozier in 1968, shortly after the cancellation of Batman. Taken from the “Toronto Telegram” archive. It was sourced by me from an old screenshot I had on an old computer hard-drive, it was probably a captured from the now defunct tribute website from the 1990’s that a U.S gentleman called David used to run.

To the sad-faced man who puts the Pow! Wham! Zowee! in the Batman series, one cliche is just a cliche but 15 are good for a laugh — and millions of dollars.

Network rivals were “betting Batman was just a hoola hoop craze,” said Dozier, in Toronto yesterday to tape an interview for CBC’s Public Eye. “They gave it only 90 days. I gave it two years.”

The 60-year-old television and film executive, who put the camp in Batman, says his biggest surprise, after Batman’s phenomenal first impact, was the fact it lastest as long as it did.

So now, winding up its third and final season on the ABC network, Batman is being readied for pasture. It leaves the network at its 7:30 p.m. prime-time slot to go into regional distribution with probable afternoon airing aimed at the kids.

At its peak, Batman attracted 55 percent of the viewing audience, a surprising two-thirds of it adult. Now, adult viewers have dwindled to 10 percent. Network and sponsors agree the show no longer rates prime-time telecasting.

But aimed at the children’s market, Dozier predicts “it will go on forever. There’s always a new crop of children growing up.”

And it will mean almost pure gravy for Dozier and the rest involved in translating the comic book hero to television. The greatest cost of producing a series is amortized over the first two years. After that, income from repeats, foreign sales or syndication, is mostly pure profit.

When network officials first approached Dozier about producing the series, he “thought they were out of their skulls.” He’d never seen a Batman comic. But after looking them over and pondering the idea, the man who made his television reputation as CBS’s top West Coast executive during the heyday of Playhouse 90, determined the answer was to operate on two levels.

For adults, Batman would be high humor, for kids, high adventure.

Collaborating with Hollywood screenwriter Lorenzo Semple Jr., (“the most bizarre thinker I knew”) Dozier came up with a $500,000 pilot that had the ABC brass “rolling in the aisles.” The network, harassed by low ratings, keen competition and scarcity of ideas, scheduled 16 shows before the pilot was even in the can.

The result is history. It made the cover of Life and Newsweek. It was Dozier the title of “King of Camp” even though at the time he had never read Susan Sontag’s definitive article on the phenomenon and he thought camp was where you sent your kids in summer.

The Batman craze hiked ABC ratings and boosted comic book sales. And in the first year it resulted in revenue close to $75,000,000 for sale of Batman capes, toys and gimmickry.

To the big names in show business, an appearance on Batman became the “in” things. “Even Eli Wallach phoned me up,” recalls Dozier. “He said he was a flop with his grandchildren because he’d never been on Batman.”