The Bat-Copter was first used in the 1966 Movie, as the copter was created for it. The big movie budget allowed the crew to acquire a helicopter. However, the Bat-Copter is rarely seen on the TV series after its debut in the movie! But the copter was still an essential vehicle to foiling those criminals!

The Bat-Copter was a G3B-1 Bell N3079G model helicopter. The adjustments to the helicopter i.e. the wings, paint colour and bat-emblem were added by 20th Century Fox Studios. The wings attached to the helicopter decreased the power by around 45% which may have caused slight problems. 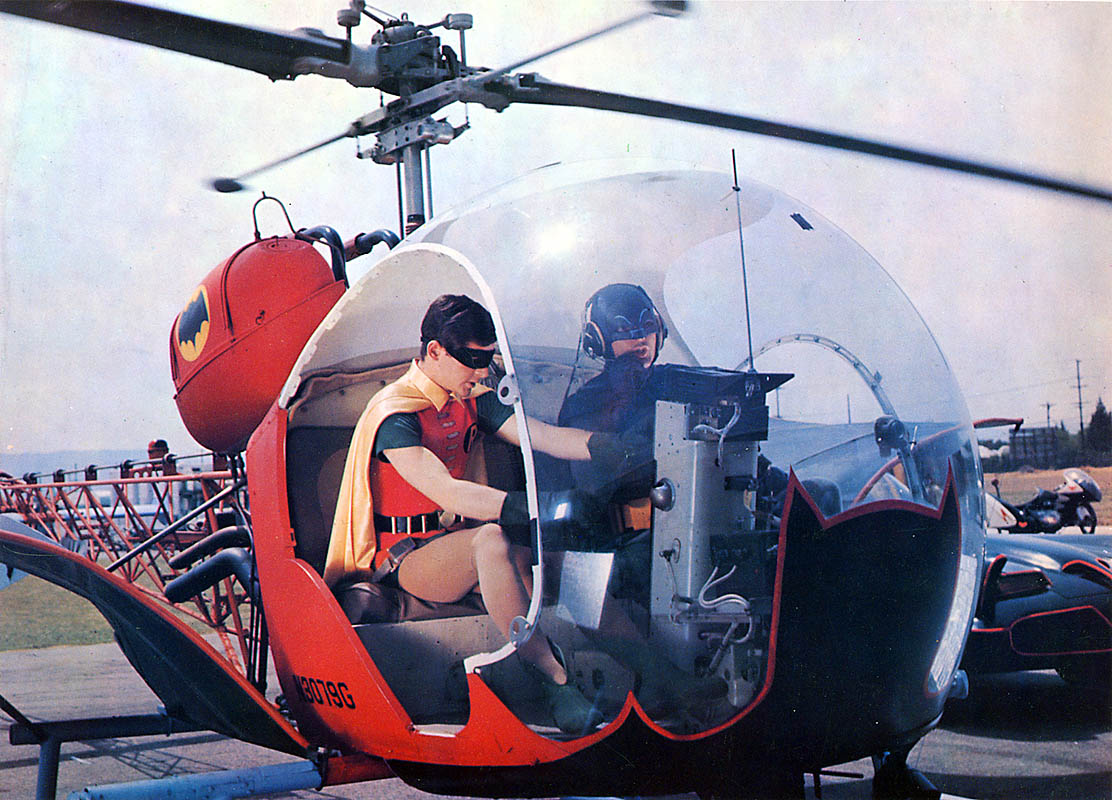 William Dozier opted to lease the helicopter instead of purchasing it to ease costs. After the completion of the movie the helicopter was sent back to the owner. Like I explained in the first paragraph this is the reason why the bat-copter was rarely seen again. When the bat-copter was used in the television series, it was simply old stock footage taken from the shooting of the movie. The airport used to shoot the batcopter taking off was filmed at Van Nuys Airport, which cost around $760 for five days of filming.

Adam West, when asked if he flew the Bat-Copter: “Are you kidding? They wouldn’t even let me drive the Bat-Boat let alone the Bat-Copter! But I did look good in it!”

The Bat-Copter was actually flown by Harris Haus, who has been a helicopter pilot for many other films like Rambo III, Robocop 3 and Speed.

Scene from the Movie – Bat-Copter in Action 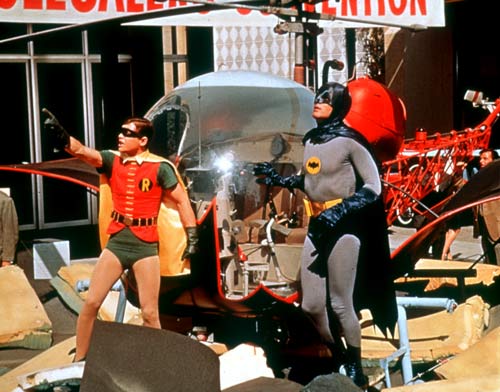