The Bat-Cycle was the seldom used motorcycle used by Batman and Robin, usually in instances where the Batmobile was not available.

The first time this happened was in the season one episode’s ‘The Penguin Goes Straight/Not Yet, He A’int’ where the Penguin has taken ownership of the Batmobile and re-names it his Bird-mobile. Which brings me onto my first piece of trivia, there was two Bat-Cycles in the series – with the one being seen here being the first. The first being a 1959 Harley Davidson with an attached sidecar, only made its appearance for those Penguin season one episodes. The first incarnation of the bike was rented from a Hollywood studio who would produce cars for television series as a business. The original Bat-Cycle is picture below.

The second Bat-Cycle, was made out of the 1966 Batman Movie budget, which were saw during the movie and the handful of times afterwards during the television series. The second Bat-Cycle was a customised Yamaha Catalina, designed by a gentleman called Dempski – on behalf of the company who was also behind the Batgirl Cycle called ‘Kustomotive’. The Producers initially were not looking for a new Bat-Cycle as were relatively happy with what they had, they were at the time using part of the budget to get hold of the Bat-Copter and Bat-Boat. Dempski however, had made his version of the Bat-Cycle and pitched it to the Producers before filming of the Movie, purely because they preferred the design and have some excess money left in the budget, went ahead with the new design. Like the Batmobile, the Bat-Cycle was leased and not owned – I understood it cost around five hundred dollars to have the bike for a weeks filming.

Adam West & Burt Ward loved the bike and felt like ‘top dogs’ appearing on it/posing for photographs etc.. However, they never were the ones that actually drove the Bat-Cycle – the bike was seen to be unsafe so there stunt doubles were always the ones filmed driving it – both there stunt doubles hated the ride. Apparently it was an uncomfortable ride which was difficult to steer, it could only reach speeds of up til about 40mph. The second Bat-Cycle (the one most commonly used) is seen below. 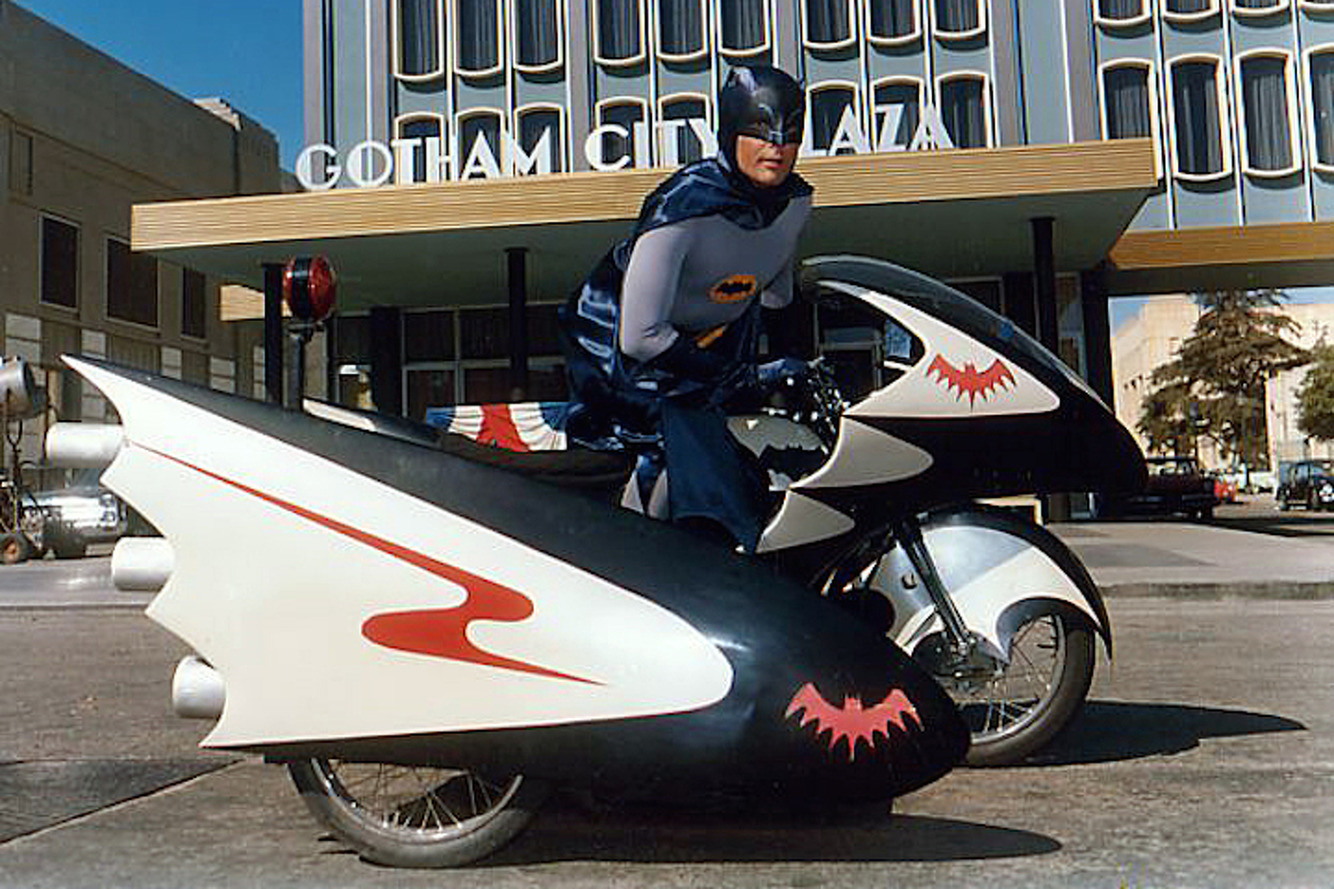