Disguised as a pop artist, Clock King tries to rob an art gallery of a time-related surrealist painting. Batman and Robin are stuffed into the bottom of an oversize hour glass and left to be drowned in the sands of time as Clock King plots to filch Bruce Wayne’s collection of antique pocket watches.

Walter studied medicine in Austria before working as a bank teller. He was persuaded to take part in acting by his best friend Michael Curtiz, who worked as a film director. Curtiz directed films such as “Casablanca” where he won an Academy Award. Curtiz talked Walter into starring in his 1922 Austrian film titled “Sodom und Gomorrah”.

His first American movie was “Once Upon a Honeymoon” in 1942.

His daughter Erika Slezak played Victoria Lord in long-running soap “One Life to Live” from 1971 until it’s cancellation in 2012.

“Like some of the children, I loved the villains because they were sort of the anti-heroes and you always wanted to see what they could do to put Batman and Robin in a predicament and then, of course, it was fun to see how they got out of it.” – Walter Slezak 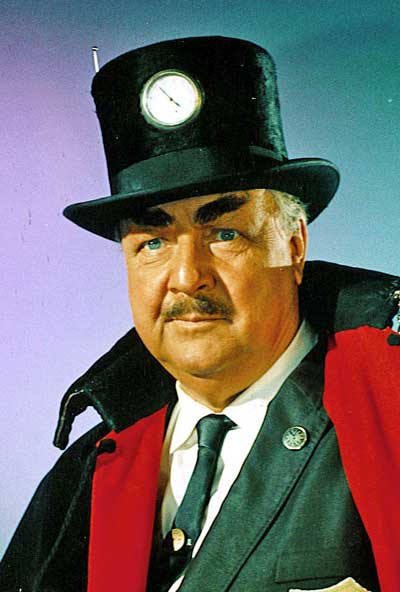