Cassandra Spellcraft came from a long line of failed female alchemists. She was determined to do what her fore-mothers couldn’t, and become a success in alchemy. But she ended up following in their footsteps, outsmarted by Batman! 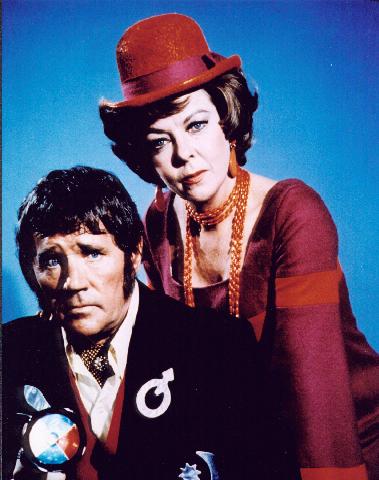 Ida had a rather extensive career in film and television, spanning almost 50 years. She was a producer, actress, director and singer. Her first film appearance was in 1931 ‘The Love Race’ which was the first in many during the 1930’s but struggled really to make a name for herself. It wasn’t until the 1939 film ‘The Light That Failed’ where she made herself known in the filming world, as she got the part for storming uninvited into the directors office demanding she had an audition. Throughout the 1940’s she referred to herself as “the poor mans Bette Davis” as she took many roles that Bette Davis declined. During the 1960’s and 1970’s she primarily done television work, she most notably was the only woman to direct episodes of the popular ‘Twilight Zone’ series. For us Batman fans tho, we know her from her one time, single episode appearance as the villain Dr. Cassandra in the penultimate episode of the entire series.

Stanley Ralph Ross – ” I wanted to call Alvino Ray gun in this episode, the Ronald Ray-Gun. This was the only time they really censored me.”

Cabala, Dr. Cassandra’s husband (or an aid in crime) was really Ida Lupino’s husband is real life (Howard Duff), well for a while they got divorced (1951-1984) and had one child, called Bridget Duff. Howard made an prompt appearance earlier in the series as a bat-climb cameo during the second season.

The producers ran over budget for this episode #119 (Dr. Cassandra only appeared in one episode), they couldn’t afford to take the two days necessary to block and shoot the fight scenes, so instead they shot the fight scene in the dark with the “POWS ZAPS” over darkness!

The costume used for Dr. Cassandra is the same of that of the Joker’s moll Josie in the second season episodes ‘The Jokers Last Laugh/The Jokers Epitaph’

Ida was born in London to a showbusiness family.