Louie the Lilac is effectively a 1960s parody of a gangster. Louie makes two appearances in the third season. In the first he tries to control the minds of Gotham City’s citizens, through a plant based poison. In his second caper he attempts to take over the world’s perfume and flower market, involving holding Bruce Wayne & Dick Grayson to a million dollar ransom.

Milton Berle effectively lived his entire life acting. At the age of 5 he won a junior Charlie Chaplin contest, from there he went on to become a child actor, appearing in films such as; Tillie’s Punctured Romance (1914) and The Mark of Zorro (1920). He soon began a rising star, making regular radio appearances on the ‘Rudy Vallee Show’ (Rudy too coincidently played a season three villain Lord Ffogg on Batman). Milton was the star of his own prime time show in his namesake, in 1951 NBC offered him an exclusive 30 year contract. He was undoubtable a well loved gem of his generation and a U.S national treasure, he has a star on the Hollywood Walk of fame and one of the first to be inducted into the TV Hall of Fame. Milton was a true late night entertainer for the many. There is simply loads and loads of background I can write about him, but want to keep this career bios as brief as I can be because heck, your all here for Batman knowledge! But if you want to know more, drop his name into a search engine.

What is an interest, which i’m sure many batfans have missed after watching the whole series over and over, is that Milton appeared earlier in the season before playing Louis the Lilac. In the early part of season two, he was a prison guard in the ‘Ma Parker‘ episode. 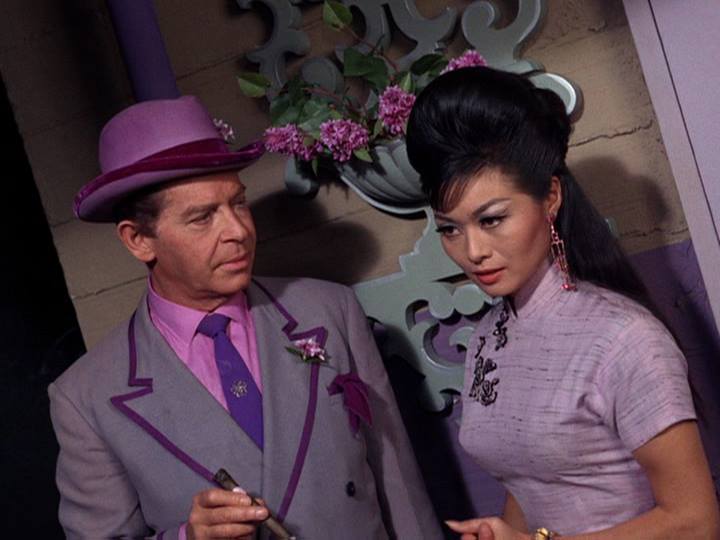