Ma Parker is the leader of her criminal family gang however, she loves her four boys more than her daughter – which fuels competition within the ranks.

In my opinion Ma Parker had quite an ingenious caper. One by one each member of Ma Parker’s family, including herself are easily captured by our heroes and taken to the Gotham State Penitentiary. However, unknown to our heroes Ma Parker had been changing the prison guards for members of her extended criminal mob for a while before, giving her control of the whole prison from in the inside – making Warden Crichton powerless. The prisoners would leave the penitentiary, commit crimes and return to prison giving them the perfect alibi. 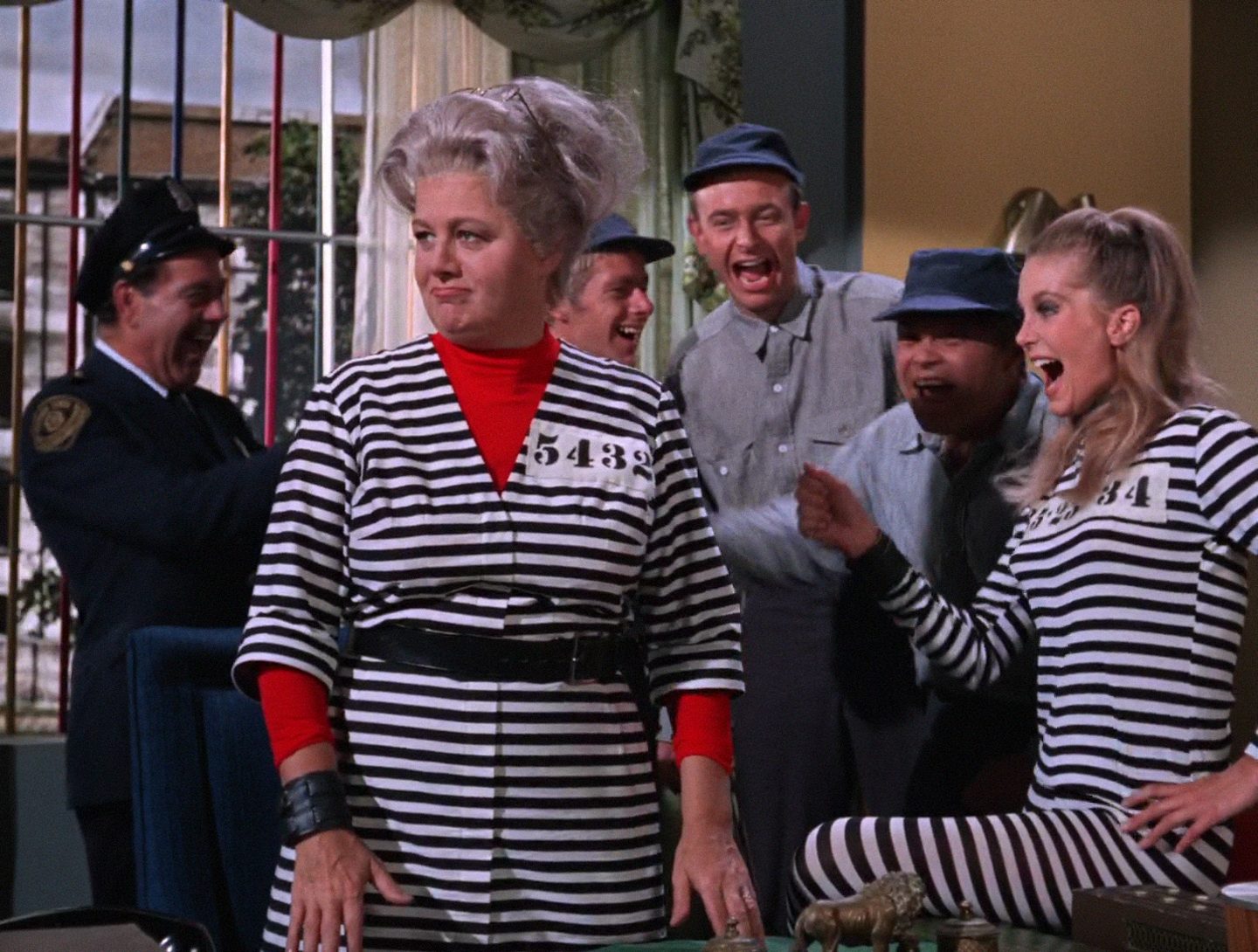 Shelley Winters was an highly successful actress with a career spanning just over 60 years. She won two academy awards in the ‘Best Supporting Actress’ category, the first being for her role in the 1959 film ‘The Diary of Anne Frank’ and the second in 1965 for the film ‘A Patch of Blue’. In 1972 she won an Golden Globe Award, again for ‘Best Supporting Actress’ for the film ‘The Poseidon Adventure’.

For the life of me, I can’t remember where nor, in the resources/material/books I have regarding Batman (I have many). I remember reading that during the filming of Batman, Shelly was a very difficult person to work with. She constantly moaned about the wardrobe department and her fee for appearing on the show. What I am sure about is Tisha Sterling who played as Legs, the daughter of Ma Parker (picture below), was quoted to say; “Shelley was a terror and a complete bitch to me!” 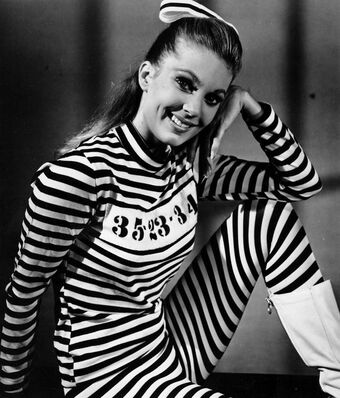 Julie Newmar’s Catwoman makes a cameo appearance inside the Gotham State Penitentiary, in the second part of the story (episode 44).