She truly believed that diamonds are a girl’s best friend and will do anything to gain access to the bat-diamond in the batcave to add to her extensive collection. One has to be extra careful when approaching Marsha, as one hit with her love dart will make any man want to become her slave, Commissioner Gordon, Chief O’Hara and Robin were amongst her victims.

She also got that one step further than Catwoman with Batman, by almost marrying him so she could gain access to the batcave and of course keep Robin safe (was under the spell from one of her love darts). But thankfully, Alfred and Aunt Harriet crashed the wedding claiming that Batman was already married.. phew! 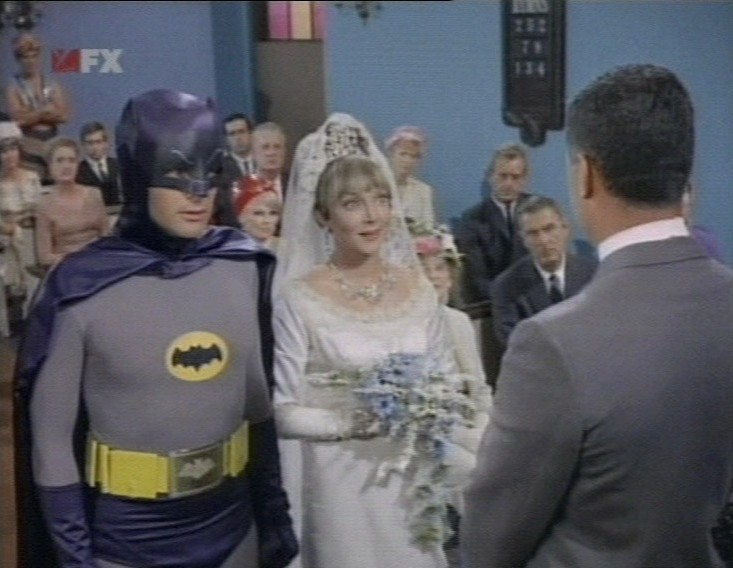 Although a clear master villainess she would be nothing without her confused accomplice Aunt Hilda who makes Marsha potions like the love darts to assist her in crimes.

Carolyn Jones enjoyed a successful movie and television career. Before appearing as Marsha during the second season of Batman, she was a Golden Globe winner – for the 1957 film ‘Marjorie Morningstar’ as a ‘New Actress of the Year’ category. She is probably best known for playing Morticia Adams in ‘The Addams Family’, for the original 1964-1966 television series and subsquent appearances as Morticia Adams in ‘The New Scooby-Doo Movies’ in 1972 and the 1977 television movie ‘Halloween With The New Addams Family’. It probably goes without saying, acting alongside John Astin who played the Riddler during the second season of Batman. 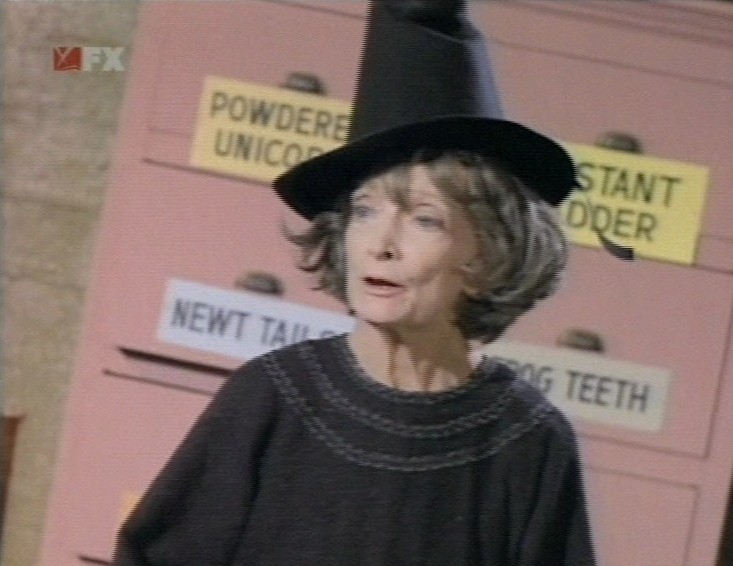 She appeared in both of the Marsha storylines in the second season. Her role was to make potions to aide Marsha, then Marsha and Penguin with their crimes. She was a confused woman who clearly thought that she was some sort of witch. When our heroes foiled Marsha, Aunt Hilda was never sent to the Gotham Penitentiary, instead she was sent to school to teach home economics/food technology to teenage students. Bruce Wayne called her a “frustrated chef”.

It was originally announced in the New York Daily News, that Zsa Zsa Gabor (who of corse later played Minerva) was going to play the part of Marsha.