Minerva is the owner of a mineral spa, where wealthy men go to relax. Minerva uses a modified hair dryer which can scan the brain to find out where they hide their fortunes. Minerva appeared as a villain once for the final ever episode (#120) of Batman. So what really stood out with this episode, compared to the others from the third season – which were notorious for having bad sets due to budget constraints, is that the producers just threw all the remaining budget at it, so the sets were back to first and second season standard which made a fantastic difference! 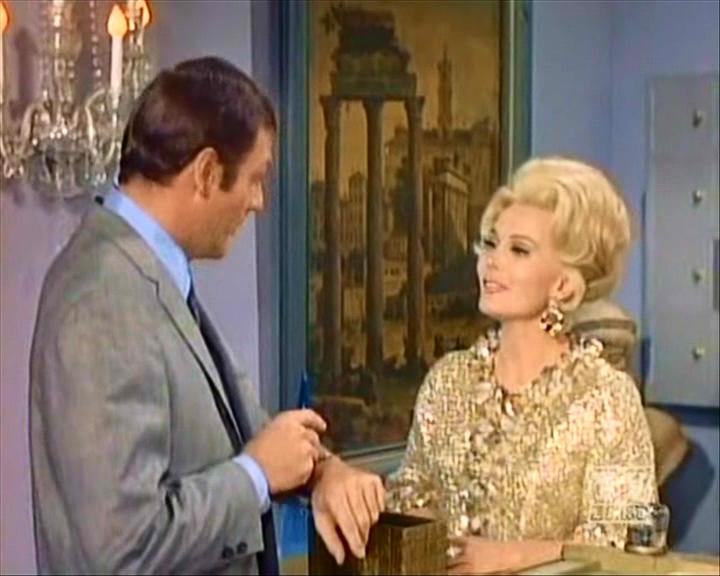 Zsa talking about Minerva:“I loved the character, she was a real wicked woman. The wardrobe was all gaudy and silver and nothing can be more exciting than that. She had a beauty parlor and she had these dryers on the people’s heads. These hair dryers got all of the spy stories out of the people’s brains and I could find out what they were thinking. One person for example was a jewelry salesman and I could find out the combination to his safe. I opened that safe of diamonds kept falling all over me. I loved it.” 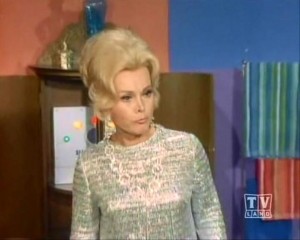 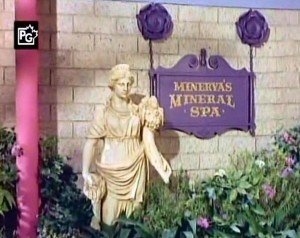 Zsa Zsa Gabor, real name Sári Prinzessin von Anhalt was a former beauty Queen (Miss Hungary 1936) and movie legend when she appeared in Batman and holds that title even today. You can find another Batman connection with Zsa as she was once married to George Sanders between 1949 and 1954 who of course played as Mr Freeze in the first season. In fact she has been divorced seven times and had another marriage annulled. She is though currently married to Frédéric Prinz von Anhalt and has been since 1986. Zsa’s two sisters Eva and Madga are also successful actresses.

The role of Minerva was originally intended for Mae West.

It was said by the New York Daily News, that Zsa Zsa Gabor was going to play Marsha Queen Of Diamonds.

Minerva was the final villain.

In these episodes the producers William Dozier and Howie Horwitz, knowing it was the last episode made a cameo appearances as two of Minerva’s millionaire customers. 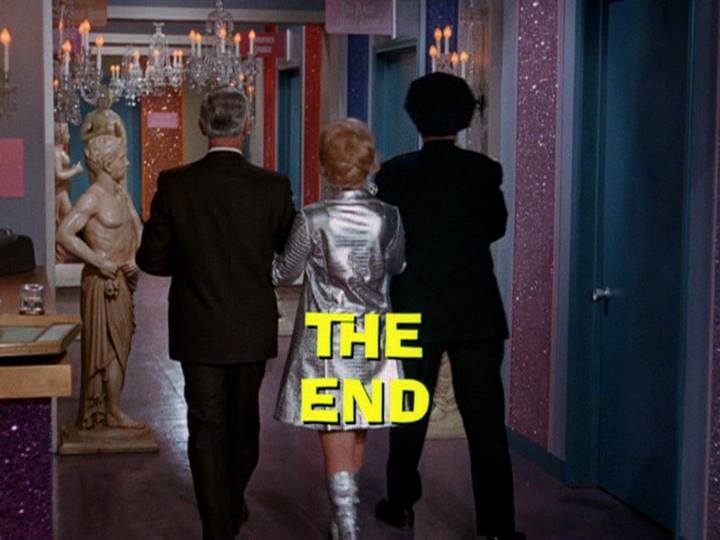