“Poor devil. Forced to live in an air-conditioned suit that keeps his body temperature down to 50 degrees below zero. No wonder his mind is warped.” – Batman

Batman is able to combat Freeze’s extreme cold temperatures; “Naturally you didn’t realise that I was wearing my super v-neck long underwear for extreme colds.” 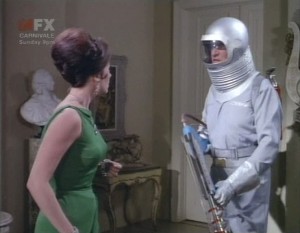 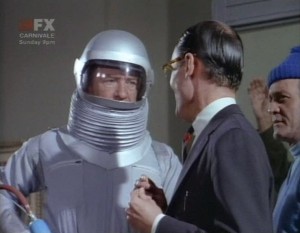 George was born on the 3rd July 1906 in Russia but unfortunately for him it was during the Russian revolution which caused him to emigrate to London (England) where he found his love for acting.

He appeared in minor English films before making his move to the USA. After his role as Mr. Freeze in Batman, George appeared in various other science-fiction genre films.

Sadly George committed suicide on the 25th April 1972 in Spain after suffering from a number of mental difficulties. 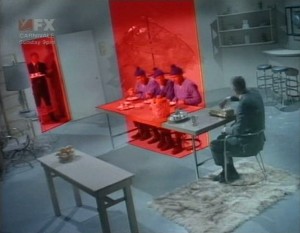 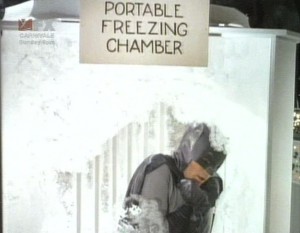 Pictured left is Freeze’s lair, the red parts are where any normal human can walk, anywhere else is the cold environment that Freeze needs. Pictured right is Batman’s attempts to see how long he can survive in the cold with his bat-antidote.

George Sanders is the first out of three actors to play Mr Freeze.

Was married to Zsa Zsa Gabor between 1949 until 1954, who of course played as villainess Minerva in the last episode of Batman.