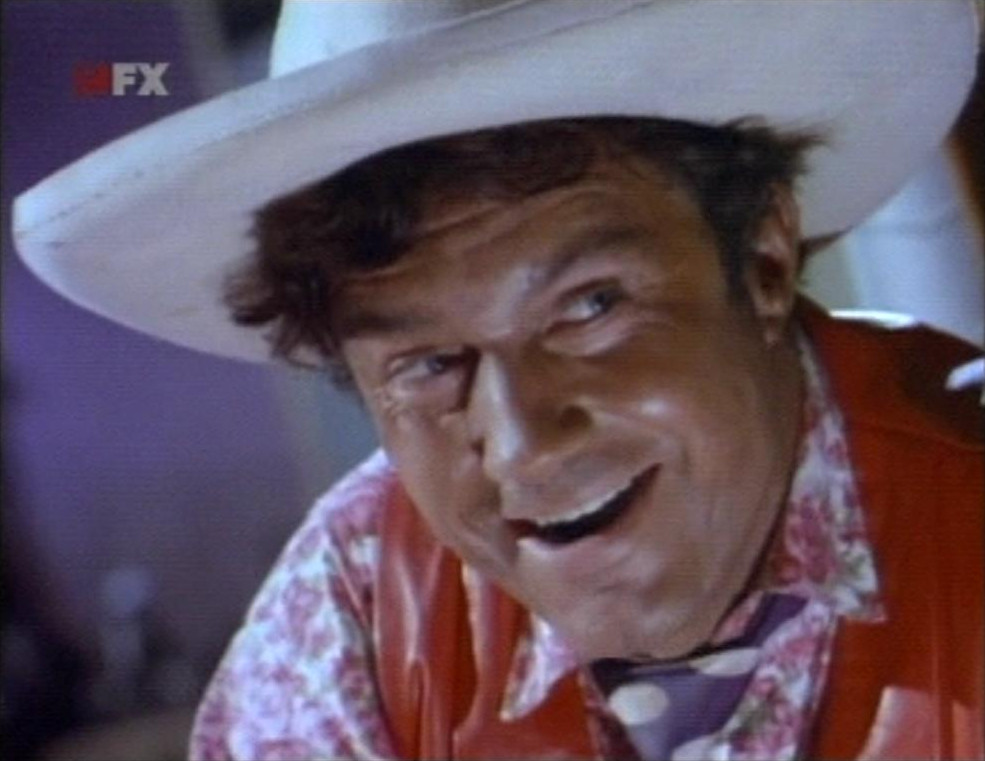 Shame is a cowboy villain. Something from a western. He has an a “thing” for vehicles, in season two he stole cars, and in season three he robbed a train.

Cliff: “I Think I do remember the producers making several phone calls ahead of time, saying, ‘ What kind of character would you like to play? ‘ I said it might be fun to play a very, very, very dumb cowboy, who took himself very, very seriously. Then they decided to do a takeoff of Shane. That is how they came up with the name Shame. I recall they kind of let me pick my own costume, and I did a lot of my own stunts.”