The Archer steals from the rich to give to himself. The Archer is a Robin Hood like character on the series.

The producers decided for the second season to cast big name stars as villains to draw in even more viewers, which was not a problem as many of Hollywoods finest actors and actresses were literally queuing up to appear on Batman – with the Archer episodes being the first to start off the second season. Art Carney was a huge success at the time and later went on to win an Oscar in 1974 for the film ‘Harry and Tonto’.

The Archer is the first villain for the second season and makes only one appearance.

Stanley Ralph Ross – “I thought Art Carney was completely miscast in the part. I would have preferred someone along the lines of Fernando Lamas as the Archer. I thought he was too stiff in the part, as you had to tell Carney who you want him to imitate. You say, ‘I want you to imitate Cary Grant.’ He will do what he thinks is Cary Grant, but no one else will know its Cary Grant.”

The archer was aided his moll Maid Marilyn. 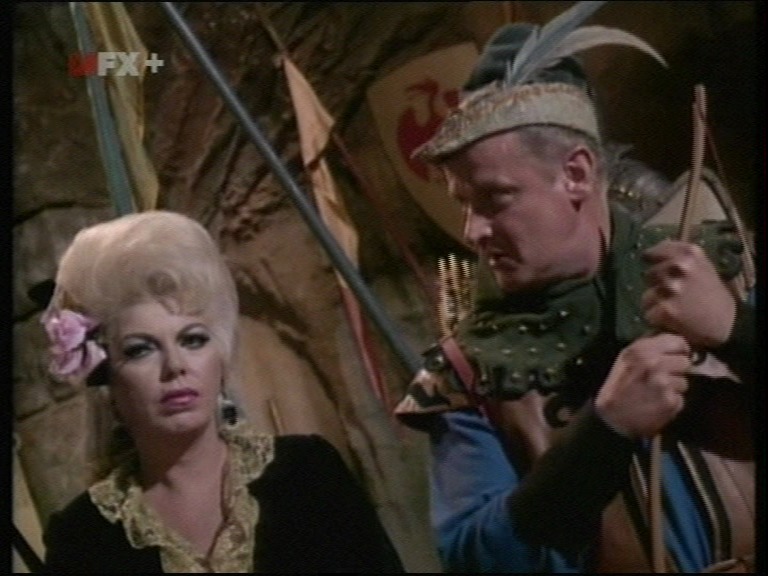 #35 Shoot A Crooked Arrow
#36 Walk The Straight And Narrow

The Archer arrives at Stately Wayne Manor and steals the money from Bruce Wayne’s Safe, and gives the money he stole to the poor. Batman decides to look for a clue in Archer’s lair and makes Alfred distract the Archer when he does. Batman and Robin get found and got put in a trap! Batman and Robin got tied up on two poles and Archer and his Merry men are charging down towards them on horses about to hit the dynamic duo with a jousting stick, they escape when the horses vibration on the ground made the poles they were tied to come out of the ground. Next Archer steals $10,000,000 from an armoured truck that was delivering the money to the poor. Batman and Robin trace him to his ship and retrieve the money!