Bookworm a well educated master of stolen plots and a man of many words and quotes. He uses his love of reading to plot crimes, the Bookworm has got to be one of the most intelligent villains in the show. He even tries to kill the dynamic duo in a massive book. 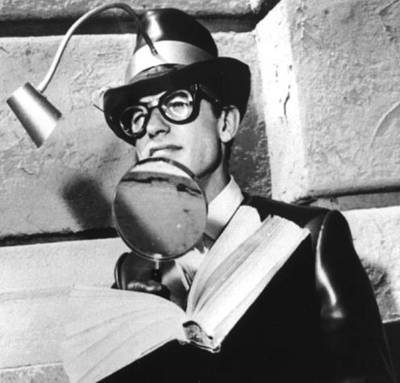 “It was a show that everyone wanted to do at that period. It was such fun. They were larger-than-life cartoon characters, which are very interesting to play.”

“I loved being part of the whole series. The costume, though, was very hot to wear. It was a wonderful part. I think there was talk about three episodes, but I don’t know what happened, because there was only one segment. I don’t know whether they changed their minds about the Bookwork or whether I was doing other things.” 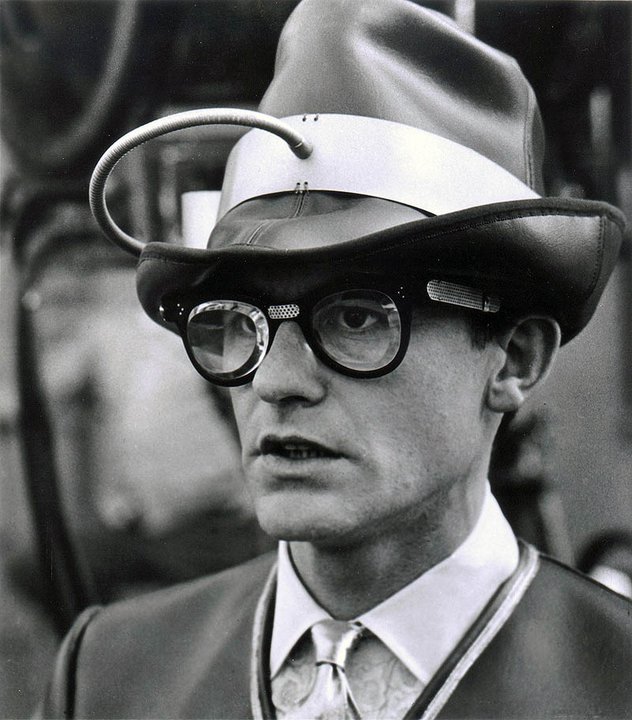 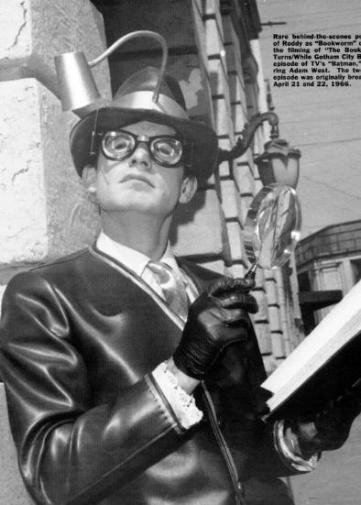 After his portrayal of the Bookworm, Roddy McDowall sent a postcard to the shows producer and narrator William Dozier which said:

“Hey, it was one of the best times I have ever had working on that nutty show. I enjoyed it so much that I can’t wait to get back into my Bookworm costume and that is really saying something, as the bloody thing is like being captured in a Sauna bath. Everyone was so kind to me and I really can’t wait for the joy of the next experience with them all. I am really most grateful to you for re-arranging the schedules so that I could play the part. I would have not missed it for the world!”