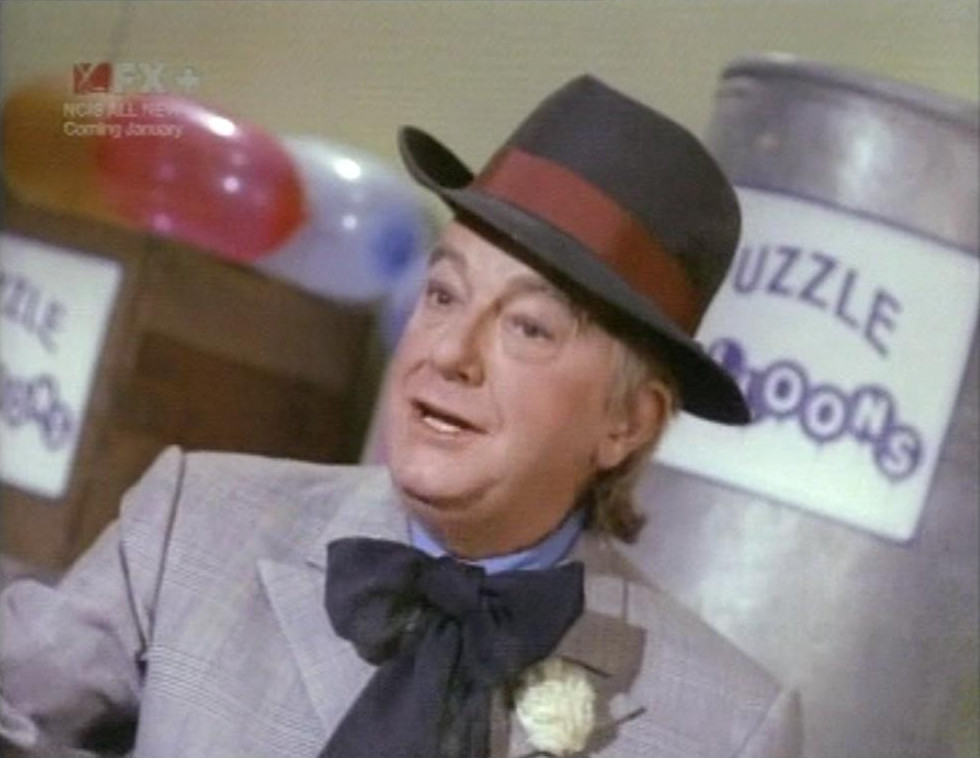 The Puzzler, sends challenging puzzles to the dynamic duo in order to outwit them. The Puzzler is very similar to the Riddler.

Alan Napier – “American’s call him Maurice Evans, ‘Maurice’ but in England we call him ‘Morris.’ His costume was marvelous; it made him look like an old aunty. I played with Maurice about sixty years ago at the Old Vic in Richard II, in which he really made his name.”

The Puzzler episodes (#65/#66) were originally called “A Penny for your Riddles/They’re Worth a Lot More.” The script was made for the Riddler, but when Frank Gorshin no longer wanted to play the part, the writers changed it into a Puzzler story.