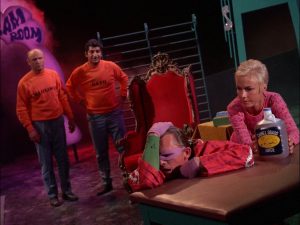 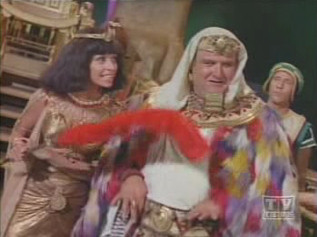 Episode: “The Unkindest Tut Of All”
Villain: King Tut 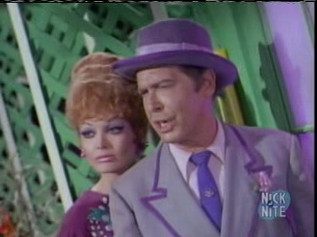 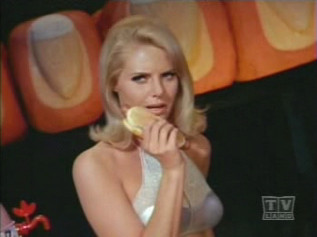 Episode: “Surf’s Up, Joker’s Under”
Villain: The Joker

Lady Prudence is the daughter of Lord Fogg. She was a two faced character, first seeming that she wanted to help our heroes by confessing to Robin that Foggs school was a front for criminal activity however, she went on to trap our heroes later. When arrested she confesses to trying to play all sides against each other to enable her to reach the top, to own Fogg Place. 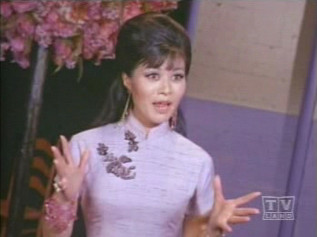 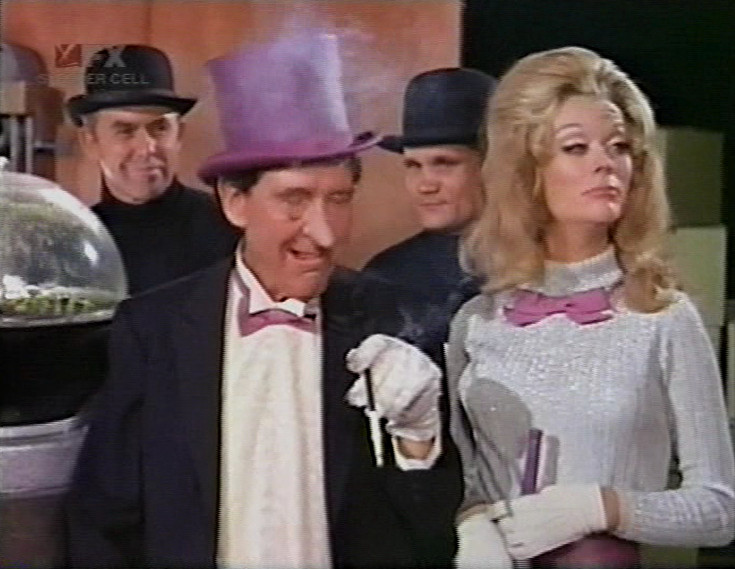 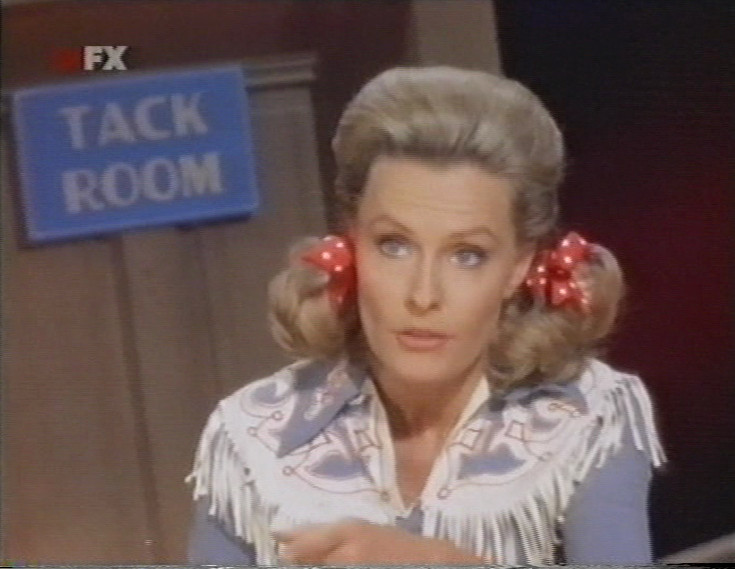 She is technically not a moll to be fair as she was billed as an ‘extra special guest villain’. Along with her mother Frontier Fanny (below) helps Shame escape from prison by driving tank into the side of Gotham Penitentiary. 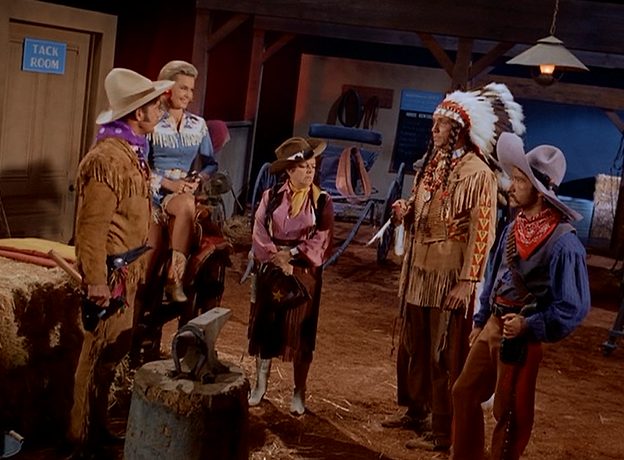 Hermione Baddeley is probably best known for playing one of Mr Banks maids in the 1964 film ‘Mary Poppins’. Which another season three actress Glynis Johns also starred in. 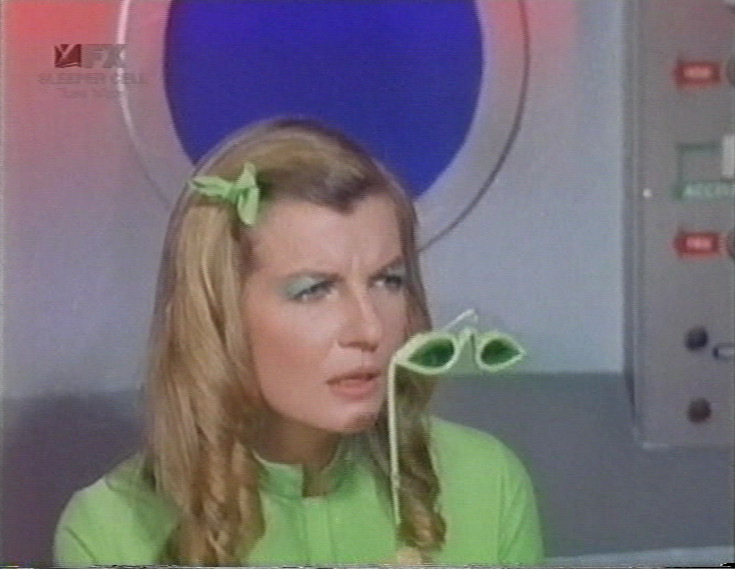