In the shows hight of popularity, everybody wanted to be on the show. The Bat-Climb cameos were an attempt to accommodate the celebrities trying to get a place.

Stanley Ralph Ross; “I would have to come up with stuff that ran for 22 seconds or so. They would call me up and say, we have got so and so coming in tomorrow, sometimes I would have to write it on set. More often than not they gave me a day”.

As you can see from above the Bat-Climb is simply Batman & Robin walking on a set with the camera pointed to the side. They attached wires to the capes and pulled on them so the capes would rise to look like gravity is affecting them! As I recall in the third season the Bat-Climb was only used once in episode #96 where Batman & Robin climb up to Barbara Gordon’s apartment. The climb was mainly seen in the second season.

15 people guest starred in the Bat-Climb, one of which appeared in the 1966 Movie. I believe it was George Cisar, the other 14 are listed below. The images were originally from a now defunct Batman tribute website. 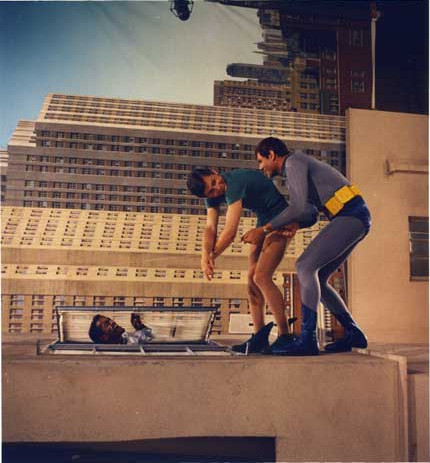