Here is simply a compiled list of random/various facts for you to all enjoy.

Molly was the only person to die in the Bat-Cave!

The distance from the Bat-Cave to Gotham City is 14 miles.

There were 86 said sounds.

When playing The Joker, Cesar Romero refused to shave his moustache so he painted over it instead.

There was 47 signs in the Bat-Cave!

The executive producer William Dozier was also the narrator!

In 1968, when ABC cancelled Batman, NBC asked to run the show but the Bat-Cave had already been dismantled!

In 1966 Batman was nominated for an Emmy in the category of “Outstanding Comedy Series” and also “Individual Achievements in Sound Editing”.

The episodes “The Devils Fingers” “The Dead Ringers” starring Liberace was the highest-rated of all the Batman shows!

The Puzzler episodes were intended for the Riddler but Frank Gorshin didn’t want to play the role anymore! These episodes were originally called “A Penny For Your Riddles” “They’re Worth A Lot More”.

Episode 68 “The Catwoman Goeth” was changed from “A Stitch In Time” to include the Catwoman.

Tallulah Bankhead gave her last performance on the show as the Black Widow she sadly died a little while after her performance on December 12th 1968.

Catwoman’s real name is Selina Kyle but this was never used in the series! 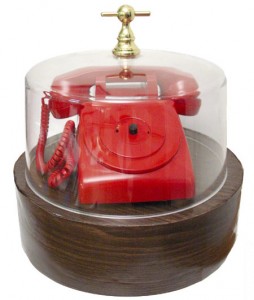 Here are all the places where you can find the Bat-Phone.

Other than the dynamic duo and Alfred, their have been others who have entered the batcave.